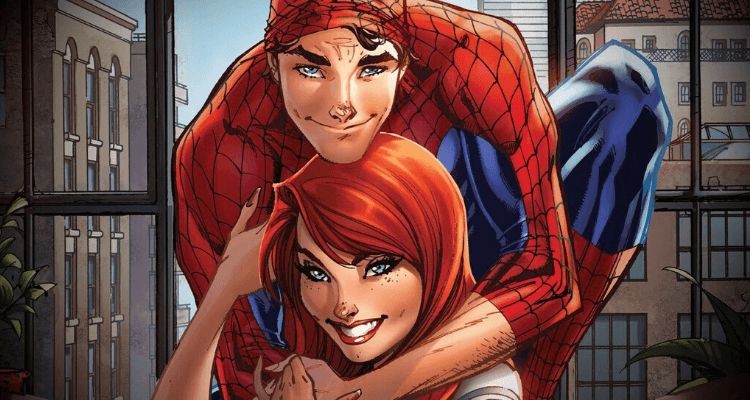 Face it, Tiger: To name your daughter Mary Jane is to doom her to a life of weed jokes and Spider-Man references. Don’t get us wrong! It’s a cool name! It’s just that – it’s not without its pitfalls, and any woman named “Mary Jane” gets extra coolness points just for surviving the endless flurry of bad jokes, mostly from dudes.

But history is peppered with a ton of super-awesome ladies named Mary Jane, across a pretty wide spectrum of careers and disciplines. Here are six great ones:

Mary Jane Owen. When we think of civil rights activism, we typically think of things like MLK Jr. marching across the Edmund Pettis Bridge, or the riot at Stonewall. But one group of heroes we tend to forget about is those who fought for the rights of disabled people, and Mary Jane Owen is a big name in the disabled-rights community. In her younger years, Owen was already a staunch advocate for racial equality and an end to the Vietnam War. But she lost her vision during her time as a graduate instructor at UC-Berkeley, she turned her advocacy in a more personal direction. In 1977, she worked with other protesters to compel the United States government to enforce the Rehabilitation Act of 1973 – the law that prohibits discrimination on the basis of disability. Later, Mary Jane Owen would be a key figure in the passage of the Americans With Disabilities Act.

Mary Jane Croft. OK, so Mary Jane Croft is just frickin’ cool. Probably best known as Betty Ramsey on I Love Lucy, Croft was an early pioneer of the wacky neighbor character in American sitcoms. In Lucy, she was a showy snob; in The Adventures Of Ozzie And Harriet, she was bubbly and shrill. (She also loaned her voice to a basset hound character in a live-action show called The People’s Choice that ran for three seasons in the late Fifties, but that’s not really as impressive.) She made a name for herself at Desilu productions, though, because she was in the following two Ball sitcoms – The Lucy Show and Here’s Lucy. Desilu also gave Croft the opportunity to make her own sitcom pilot, but sadly, it was never picked up by any networks. Still, it’s not bad for a radio voice-over artist from Cincinnati. “From 1935 to 1939, I played parts with every kind of voice and accent: children, babies, old women, society belles, main street floozies – everything,” Croft told the Corpus Christi, TX Caller-Times.

Mary J. Blige. So like… the J in Mary J. Blige stands for Jane. Seriously! Look it up! But also, think about it: if you were trying to break into the twin worlds of hip-hop and R&B, and your name were Mary Jane, do you think you’d advertise it? She probably had no shortage of racist record execs telling her “we’re not looking for another Cypress Hill.” Anyway, Mary J. is pretty damn incredible: At 49 years old she’s released 13 albums including a Christmas album, toured the globe a double handful of times, and has been in a bunch of movies and TV shows (some good, some… not as good). She’s also a producer – both music and film – and has a line of fragrances. But the most noteworthy thing most critics point out about Blige is the honesty and nakedness present in her lyrics; she portrays Black womanhood and femininity in a much broader and more inclusive way than many of her contemporaries. Plus “Real Love” is a god damned amazing song.

Mary Jane Reoch. Eleven national championships in cycling. Mary Jane Reoch has eleven national championships in cycling. Lance Armstrong only has seven. OK, fine, that’s seven Tour De France wins rather than just American races, but at least Reoch doesn’t have an asterisk next to her name. But enough about the cheaters. When she was 35 years old, Mary Jane Reoch rode twelve miles to the hospital to give birth to her daughter. We’ll repeat: She rode a bicycle to the hospital so that she could have a baby there. Next time your mom tells you how long she was in labor with you, ask her if she rode a damn bike to the hospital while she was in labor. Sadly, Reoch was killed in a road accident in 1993, just a few months shy of her 48th birthday.

Mary Jane Rathbun. Whenever you eat a lobster, think of Mary Jane Rathbun – she was a marine biologist who specialized in crustaceans. But there’s more to it than that. Rathbun – who lost her mother when she was only a year old and never attended college – named more than a thousand new aquatic species and subspecies, as well as many other higher classifications of animals. She began her work as a scientist at her brother Richard’s side (and Richard was no slouch himself), volunteering her services until she was offered a clerkship at the Smithsonian Institution, and became the Smithsonian’s first ever female full-time curator. She wrote a single paper on crabs that was so chock full of information that it had to be separated into three volumes. She was the first person to describe Callinectes sapidus, or the Atlantic blue crab – one of the most commercially important crustaceans in the world. Nearly $200 million worth of Atlantic blues are caught and consumed by Americans every year.

The Other Mary Jane Rathbun. Yeah, there’s two. And here’s the reason we had to mention both: This Mary Jane Rathbun is also known as “Brownie Mary.” And yeah, go ahead and guess what’s in the brownies. It’s weed! The whole reason you’re here! She was called Brownie Mary because as a hospital volunteer in the 80s she gave pot brownies to AIDS patients. Because alleviating the suffering of others seems to be generally frowned upon in the health care industry, she was arrested several times. Eventually, she worked tirelessly to get Proposition 215 passed in California – the first medical marijuana law in the nation. We should really do a whole article about her.