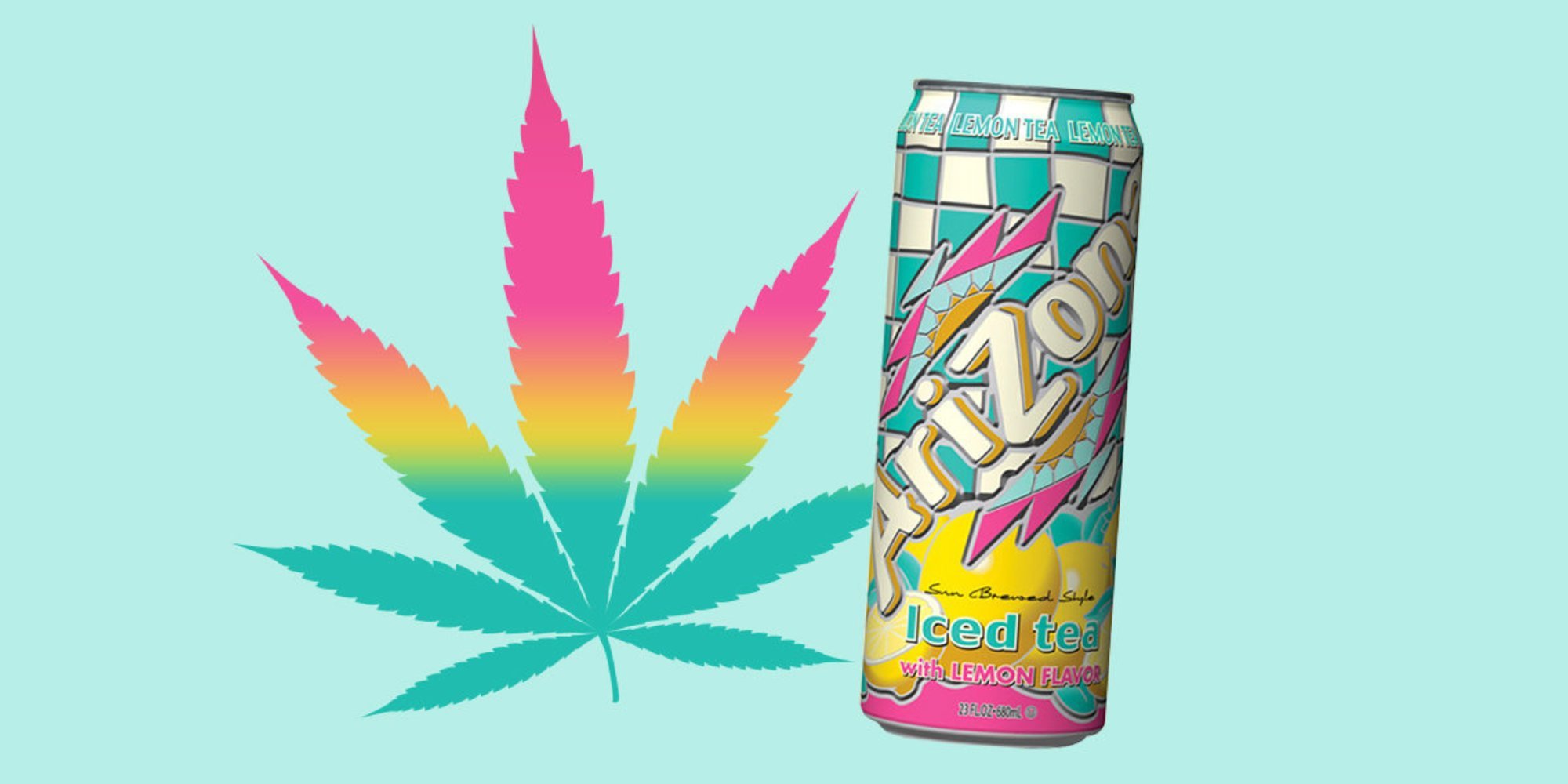 Think back to the 90s: It’s summer. You haven’t had to think about school or homework for weeks. You’ve been skateboarding all day in the 7-11 parking lot. It’s 90 degrees in the shade. You head into the shop to find something to cool your thirst. You reach for an Arizona Iced Tea.

Now think about today. Work is stressing you out. There’s no such thing as summer break anymore. You don’t know when you’ll have the time to take a vacation anytime soon. The day is over and you need something to help chill you out. Again, you reach for an Arizona Iced Tea.

That’s because everyone’s favorite producer of 99-cent iced-tea tallboys is partnering with Dixie, a Denver-based cannabis company, to begin producing weed-infused products. They’ll start with gummies and vapes, and (ideally) move on to beverages.

Arizona is already known as one of the more popular brands to spoof when you’re making a secret stash container, so maybe this type of partnership was inevitable. But it won’t be without challenges, according to one expert.

“Dixie is licensed in a number of states, and these products would have to comply with regulations in every state that they’re sold,” Sam Kamin, a professor of marijuana law at the University of Denver told VICE last year. “Arizona Iced Tea is going to have to adjust to a situation where it’s making the product in the state where it will be sold, and that’s certainly a different economic model than most beverage companies are familiar with.”

Still, As state-level legalizations and decriminalizations rise, so too does the appeal of the cannabis marketplace to companies that might not have considered offering weed products before. Many brands won’t see cannabis culture as compatible with their image, but as social attitudes toward weed relax, many others will want to broaden their scope.

In fact, more companies than just Arizona have been openly considering moving into the legal marijuana marketplace:

While we wait for those companies to arrive on the marketplace with their sure-to-be-amazing cannabis projects, let’s fantasize about a few other companies we’d like to see dip a toe into legal weed: