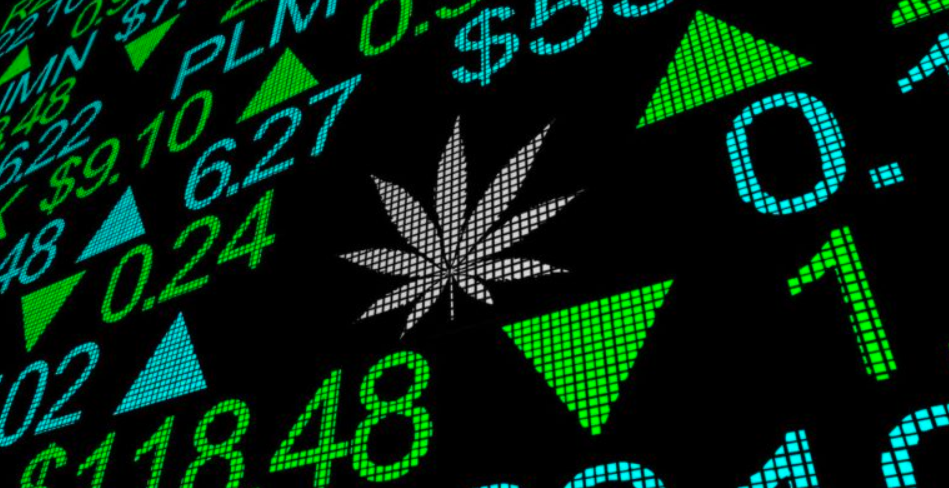 In the midst of the current Coronavirus disaster, it can be hard to know what to make of the stock market at all. Stocks are tanking, investors are terrified, and we’re in the midst of finding out that stock exchanges might not be the stalwart bellwether of economic health that we once believed. It’s a hard time to invest, and while cannabis stocks aren’t immune to large market forces like pandemics and presidential elections, they do behave in weird and unique ways, because they have lots of weird and unique influences and sensitivities.

You may have tried investing in weed stocks yourself, on services like e*trade or Stash, and found that they tend to be the outliers in your portfolio; when the rest of the market is doing well, they’re tanking, or if they’re up a few points in active trade, they’ll be down a few points by the time the markets close.

Which is weird, since the cannabis industry as a whole is largely doing well. Sure, the market is in a weird state of legal flux, but overall the long-term future for cannabis looks bright: More states are legalizing, the topic of national legalization is discussed in presidential campaigns (Bernie has said he’d legalize on Day One, by the way), and folks in general are much more open and honest about their cannabis use than in days past. Indeed, experts predict that spending on cannabis will surpass $60 billion by 2024

All of these are great news for the long-term future of the pot business – but investors don’t always care about the long term. So stock prices can make the industry look a little more volatile than it is. If you do opt to invest, there are some things you should know:

The first and most obvious risk: It’s not legal everywhere and the federal government of the United States still considers it illegal. Sure, even in states where pot hasn’t been decriminalized or legalized for medical use, there tends to be a “look the other way” policy with regards to prohibition enforcement. But that’s a long way from being a viable business landscape for pot entrepreneurs.

What’s more, the federal government’s approach to enforcement can be inconsistent at best. During his presidency, Barack Obama told voters “we’ve got bigger fish to fry” and advised the Justice Department to relax its efforts to pursue and prosecute marijuana crimes. “It would not make sense for us to see a top priority as going after recreational users in states that have determined that it’s legal,” Obama said in 2012. But otherwise, the Obama administration was business as usual: The Department of Housing and Urban Development told public housing authorities that they couldn’t rent to medical marijuana users and the Bureau of Alcohol, Tobacco and Firearms banned the sale of guns to medical weed patients. Obama’s Drug Enforcement Agency even reasserted its position that “medical marijuana is not medicine.” So the Obama years were a mixed bag.

Fast forward to famously teetotaling Donald Trump, whose Attorney General, Jeff Sessions, who reversed all of the Obama administration’s most progressive marijuana policies, like deferring to state and local law enforcement organizations with regards to prosecuting marijuana cases.

Another thorny issue for weed startups: Banking. Ever notice how many dispensaries deal only in cash? That’s because banking regulations in relation to pot businesses are still extremely hazy and slow to progress. That makes it difficult for owners to establish a line of credit or even have a checking account.

The American Bankers Association describes the problem well: “The possession, distribution or sale of marijuana remains illegal under federal law, which means any contact with money that can be traced back to state marijuana operations could be considered money laundering and expose a bank to significant legal, operational and regulatory risk.” It’s easy to understand why investors would be skittish about such a marketplace, particularly when it comes to supporting any given operation over another.

Medical-use cannabis is substantially different from recreational cannabis. Normally, the line is a hazy one – should someone who uses pot for anxiety not also use it for fun? If someone uses it for chronic pain, can they somehow deny themselves its other benefits? Philosophically, the difference is not always clear. But from a market perspective, the line is pretty hard and fast, since companies tend to specialize in either medical-use-only or broad consumer use. But the breakdown gets even more granular.

That means the market tends to think that pot companies have a tremendous possibility for growth. But valuations aren’t always a good indicator of how a stock is going to do; for instance, as global demand for cannabis grows and grows, a supply glut could cause supply to outstrip demand and lower prices, making things harder on the businesses you’ve invested in. So be careful.

Oh, and about that Coronavirus…

The negative impact of the 2020 pandemic on the market can’t be overstated. Plenty of people aren’t even bothering to look at their 401Ks. But there’s a decent chance pot stocks may be at least partially exempted from that downturn, according to some industry analysts. Their rationale: Most people (according to reliable data) tend to use cannabis alone or in very small, intimate groups – making it the perfect buzz of choice for social distancing. Alcohol stocks may tank as the bars close, but that won’t stop people from staying home with a couple of seasons of Bojack Horseman and an eighth.

The bottom line: right now is a good time to experiment with cannabis stocks and start identifying trends that might address your portfolio’s needs. But it’s a bad idea to have that portfolio rely too heavily on them. Invest carefully, monitor your stocks closely, and watch for market trends.

In part 2 we’ll discuss the stocks themselves, and look at what’s actually available to investors.