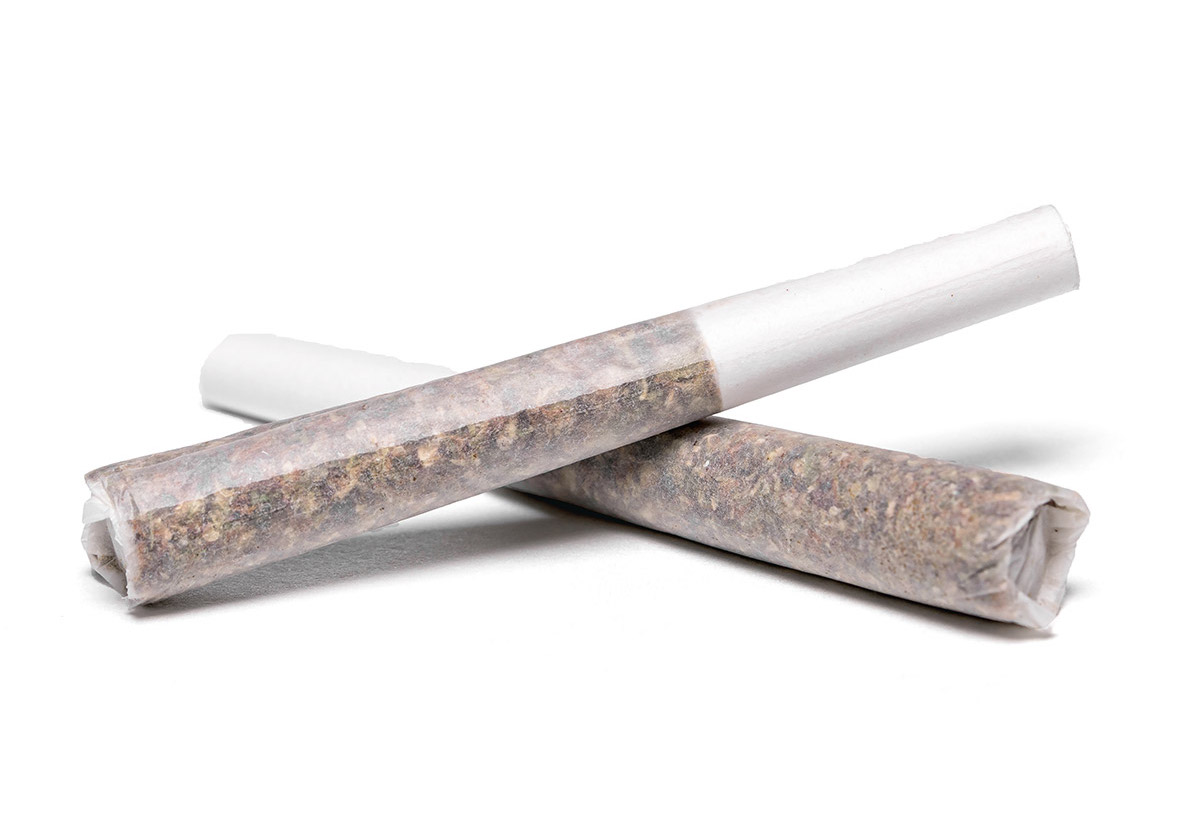 Ah, the humble pre-roll. Snubbed by some weed enthusiasts as cheating, beloved by others as a convenience. You’d be hard-pressed to find a dispensary anywhere that didn’t have pre-rolls on hand – most showrooms even have them on display as impulse purchase items. And there’s no denying that pre-rolls are a quick, simple delivery system – one with the ease of edibles without the long wait (or the commitment to stay high all day). Pre-rolls are great.

You’ve probably seen these if you’ve ever been inside a dispensary – they’re usually in plastic tubes or blister packs right near the register, right in your line of sight – again, for many, these are last-minute impulse buys. But that doesn’t mean you shouldn’t take them seriously as purchases. After all, no matter what you’re spending your money on, you should always seek to get the best bang for your buck.

What’s a pre-roll and why should I buy it?

Hearken back to a simpler time, before weed was decriminalized, when your options were limited to what a dealer had on hand, and most people just smoked joints. A pre-roll is, essentially, a factory-made joint. Before decriminalization and the widespread availability of cannabis, people rolled their own, but here in our bright THC-infused future, you can buy pre-rolled joints. Pre-rolls.

And they’re not just for people too lazy or too unskilled to roll their own. Pre-rolls are good for people with low manual dexterity or mobility, who need a more immediate high than edibles can offer. Someone with chronic pain from arthritis in their finger joints can’t very well be expected to do all the pinching and grasping involved in rolling their cannabis into something smokeable – if they did, they wouldn’t need the pain relief that cannabis provides. So think twice before poking fun at pre-rolls.

Of course, if you’re more experienced or capable of rolling your own – or if you just enjoy that part of your weed ritual – pre-rolls might not be the best investment of your funds. Save your money for your favorite strain of flower. But hey, even if you do prefer the DIY approach, having a few pre-rolls on hand is still a good thing. You know how there are some nights you don’t feel like making dinner, so you order out instead? It’s kind of the same principle: Some nights, you’re just gonna be too tired to roll your own. Thus: pre-rolls.

(Quick warning for weed enthusiasts researching pre-rolls on the Internet: The term “pre-roll” can also refer to one of those advertisements you have to watch before a web video. So if you start reading about pre-rolls on advertising or video-monetization pages, don’t get confused!)

So a pre-roll is the same as a joint, then? How about a blunt? Or a spliff? For the beginner, weed terms can be a little confusing (and a little archaic, too). A joint is similar to a blunt, with the only difference being the type of paper used; a joint uses rolling paper, a thin paper not dissimilar to a heavy tissue. Blunts are rolled with tobacco paper, which is thicker, heavier and darker. A spliff is a combination of cannabis and tobacco; what it’s rolled in doesn’t matter as much.

How are pre-rolls made?

Despite the fact that joints are more or less the platonic ideal of cannabis delivery systems, pre-rolls face an uphill battle in terms of public perception: Lots of people think they’re garbage. And as with anything, sometimes that’s true. Sometimes your burger is a squashed mess from a fast food restaurant at a freeway rest stop, and sometimes it’s a half-pound slab of medium-rare Wagyu garnished with heirloom tomatoes and house-made garlic aioli. Similarly, some pre-rolls (like the ones Grassdoor.com sells) are high-quality, and some are… not.

The poor press pre-rolls get comes mostly from how they’re made. Or rather, what they’re made from.

Pre-rolls are generally made from something called shake. See, cannabis flower is generally stored in jars, and those jars get moved about a lot, whether in shipping or everyday movement, or from a budtender showing off a particular strain of flower. When that movement happens, bits of the cannabis fall to the bottom of the jar. Those bits are shake, and in general, pre-roll is made from this.

Again, not at all. There’s nothing specific to pre-rolls that’s inherently bad or low-quality or dangerous. Sure, there are pre-rolls on the market that aren’t great, but that’s true of anything. And we’re only interested in selling our favorite products – the kind we like to use ourselves.

So – with that in mind, here are our favorite pre-roll joint packs you need to try.

OG Kush Mini-Fuzzies. These infused joints are made with high-quality flower, which is mixed with extract and rolled in cannabis oil and kief.

Connected Gushers. With a THC content of 27 percent, these pack a wallop, but have a great coffee aftertaste. Good for staying alert throughout the day.

Right now, we only have two types available – but pre-rolls are popular, and we’ll be adding more variety soon.