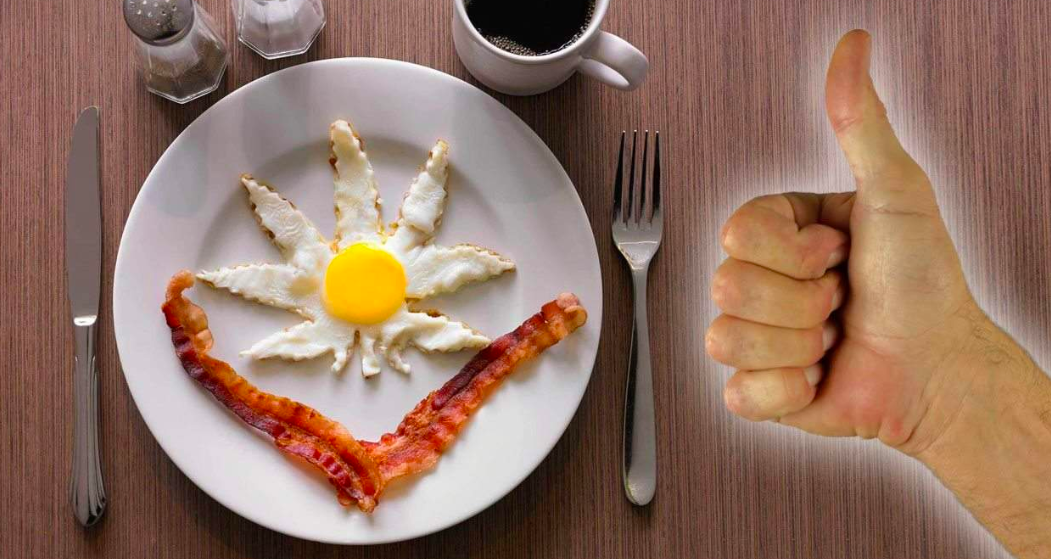 You know what we’re talking about here. You wake up, you toke up. First thing in the morning, before you shower, maybe before you’re even out of bed. Wake-and-bake gets a bad rap – plenty of movies and TV shows use it as shorthand for the kind of laziness and shiftlessness that has characterized marijuana use for far too long.

But the truth, as always, is more complicated. Sure, there are some cannabis users who don’t use it responsibly, but most weed enthusiasts are health-and-wellness users – that is, marijuana is their medicine.

What’s more, not every pot user is a wake-and-baker. According to a 2017 global drug survey, a little over a fifth of Americans hit their stash within ten minutes of waking up – way more than other users around the world.

This may be related to the results of a 2017 Gallup study of the American workplace, which revealed half of workers don’t feel engaged at work, and an additional 16 percent feel “actively disengaged.” It’s very possible that Americans’ unique attachment to wake-and-bake is due to the fact that a lot of Americans hate their jobs.

Those who suffer from severe depression and anxiety know that sparking up with the dawn can mean the difference between being active and being immobilized by jangled nerves and relentless existential ennui. And chronic pain sufferers also know that mornings can be the worst times, as your brain and body acclimate to a state of motion after a long repose. Cannabis is a potent painkiller with substantially less danger of addiction than opiates, and many studies have shown that weed may be successful in treating neurological disorders.

Some even feel that cannabis consumed in the morning generates a stronger or better high, which is at least theoretically true, since you’ll be smoking or dosing on an empty stomach, meaning there’s nothing to “compete” with it in your system.

Is there any reason not to? Sure – as with any type of medicine, there are always risks. Some scientists claim that using cannabis first thing in the morning might be an indication of dependence. As is often the case in these situations, you, your family and your doctor can come to a good decision together.

That said, here’s a recipe for the perfect wake-and-bake:

Choose Your Strain. The strain you choose will reflect the reason you’re toking up in the morning. If you’re using weed in the same way others drink coffee, you’ll probably want a sativa-dominant strain. But as noted above, people have different needs. Something too sativa-intensive may be the wrong strain for someone who’s trying to relieve anxiety. Try a few of these:

For waking up. Gelonade is gonna do the trick. A sativa strain that took first prize in 2018’s High Times Cannabis Cup, Gelonade offers a euphoric vibe that boosts energy and creativity.

For morning pain. Animal Cookies is a potent pain reliever that won’t glue you to the couch all day. It also offers a smooth flavor that won’t shock your taste buds.

For anxiety. As it turns out, Animal Cookies is great for anxiety too, releasing a calming vibe that’ll put the panic at bay. Skywalker also chases the nerves away, but if you’re using it first thing in the morning, you may want to pair it with a cup (or three) of coffee.

Set Yourself Up. If you’re waking and baking recreationally, make sure your schedule can absorb any potential weed-inspired sidetracks. If you’re going for functionality, try to automate as much of your morning process as possible by prepping the night before. If you use a drip coffee maker, put it on timer mode so you’ll have coffee waiting for you. If you make breakfast first thing, prepare the ingredients and set out the kitchen tools you’ll need. Cue up a great mellow playlist for yourself.

Remember breakfast. If you’re not a breakfast eater, you may want to reconsider – nothing boosts your taste buds like cannabis. A wake-and-bake breakfast might be the tastiest thing you’ve ever eaten.

Set A Double Alarm. When you’re high, you might be more likely to get lost in a project, or distracted by focus on some minor detail. So you don’t lose track of your morning, set a second alarm – this one as a warning that it’s time to leave the house, catch the bus, or finish up whatever you’re doing.

Hydrate! Cannabis can cause dry mouth even when you’re not smoking it. And if you’re getting up from eight hours of sleep, you’ll need that much more water to get your body moving. Don’t forget how important proper hydration is to general health!

Freshen Up. For some, showing up for work reeking of mary jane might not be a great look. Finish your pot consumption before getting in the shower, and don’t forget to brush your teeth.

A Note On Edibles. If you can’t use inhalants for whatever reason – maybe you have compromised lung health, or maybe you just don’t like it – edibles will suffice for wake-and-bake, but you’ll have to schedule it properly since edibles typically take so long to kick in. Try setting an alarm for an hour before you normally get up, then popping your edible and heading back to bed. You’ll wake up feeling great.