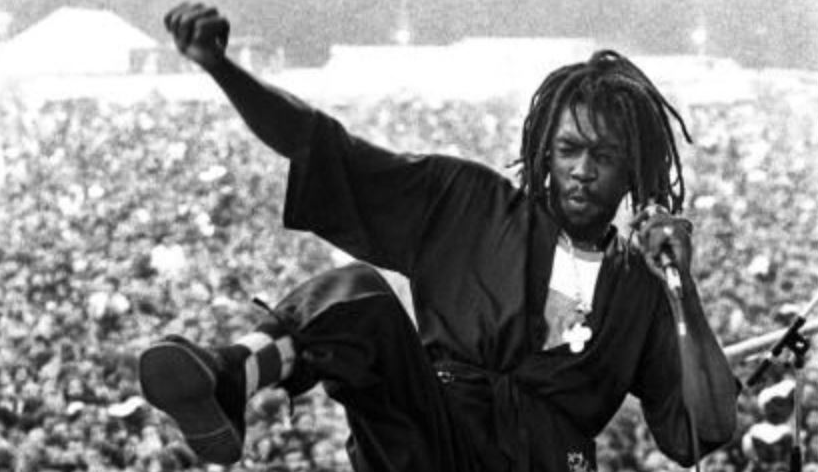 Casual reggae listeners probably don’t know too much about Peter Tosh, due largely to his being overshadowed by Bob Marley, his friend, bandmate and contemporary. And weed enthusiasts probably have heard “Legalize It,” his anthem to an end to cannabis prohibition – but they probably haven’t heard much else, again because Bob Marley has received so much more adulation and attention (whoa whoa whoa though, don’t get us wrong, Bob Marley is fantastic).

Tosh was probably one of pot prohibition’s most outspoken critics, touring the world with a message of hope regarding the future of full legalization. He was a staunch ally of legalization efforts throughout the world. And of all the celebrities to lend their names to the cause, he’s probably the one whose name has, over time, meant the most to the cause.

Here are 13 cool things about Tosh:

He started playing at an early age. Abandoned by his parents and shuttled back and forth among a series of relatives, young Peter would take solace in listening to American songs on the radio. Enraptured by music, he once watched a local street musician play the same song, over and over, for hours – then asked if he could borrow his guitar to play it himself. “Who taught you how to play?” the musician asked. “You did,” Peter answered. He taught himself to play the piano in a similar way. Over the course of his life, he would master eighteen different instruments.

He met Bob Marley and Bunny Wailer selling sugar cane juice. Tosh was from one of Jamaica’s more rural areas, but moved to Kingston to seek his fortune – and it worked. He got a job in the early 1960s selling sugar cane juice from a cart, and that’s how he met the two other reggae greats who would walk the path of fame with him. They formed The Wailers soon after.

The Rolling Stones signed him to their personal record label. Tosh was pretty closely associated with the Stones for much of his career, largely because the group signed him to their own record label, Rolling Stones Records, soon after it got off the ground. It didn’t last, though – le left the label just a few years later. Still, he was their only reggae musician, and Mick Jagger did backing vocals on one of Tosh’s tracks.

He basically wrote the theme song to the pot legalization movement. “Steppin’ Razor” might be Tosh’s most famous song, since it was also his nickname. But “Legalize It” is arguably the most important song of his career, one of the most vital songs to the legalization movement, and one of the greatest reggae songs ever recorded. “Doctors smoke it, nurses smoke it, judges smoke it,” he sings “so you’ve got to legalize it. Listen to the song here.

Weed is still illegal in Jamaica. Small amounts were reduced to a petty offense in 2015, but overall, it’s still not legal in Jamaica to use or possess weed. The law has been in place since 1913, and made even stricter over time. As in many other parts of the world, there’s been a correlation between crackdowns on marijuana and unrest in the lower economic classes.

His son is a victim of American police brutality. Last year, Jawara McIntosh, Peter’s son, was beaten into a coma in a New Jersey jail. His mother filed a lawsuit, claiming Bergen County cops condoned a “fight club culture” at the Hackensack jail where he was assaulted. McIntosh was allegedly assaulted by an inmate, though the lawsuit maintains that supervision at the jail was desperately lacking. He was in jail for – you guessed it – cannabis-related charges and was arrested after taking part in a pro-legalization demonstration.

He’s a Jamaican Knight. Just like the Queen can declare people knights of the British Empire, so too does Jamaica bestow such a high civilian honor on its native sons and daughters who do the Jamaican people proud. He was given the medal posthumously in 2012, and joined a tradition that includes Jimmy Cliff, Fidel Castro and Bunny Wailer.

He has his own holiday. It’s called Peter Tosh Day and it’s international. No country has officially adopted it, but still, it’s pretty cool. Oh, and guess what date it falls on. Go on, guess.

He has his own museum. Right in Kingston, the Peter Tosh museum is dedicated to the life and career of Peter Tosh. It also hosts musical events and activist gatherings

He has his own line of pot products. Founded by his daughter, Niambe Mcintosh (who might have the coolest name in the world), the family company sells a wide variety of cannabis products.

If you want to help fight pot prohibition, you can donate to his charity. The Peter Tosh Foundation is dedicated to cannabis legalization and the wholesale revamping of the criminal justice system. Your charity dollars could do a lot worse. (Please note: There are plenty of great cannabis charities out there, and we’re not endorsing this one over any others. Check out Medical Jane’s comprehensive list for more info.)

He had a really cool guitar shaped like a gun. One day in 1983, a fan showed up at Tosh’s hotel claiming he had a gift for him. It was a custom-built guitar in the shape of an M-16 rifle. Later, an airline lost the guitar, surprising no one. Tosh’s public-relations guy was able to get the axe found, and later went to the Peter Tosh Museum.

He was an avid unicycler. Eh, he was awesome in a lot of other ways, so we can forgive him this one.