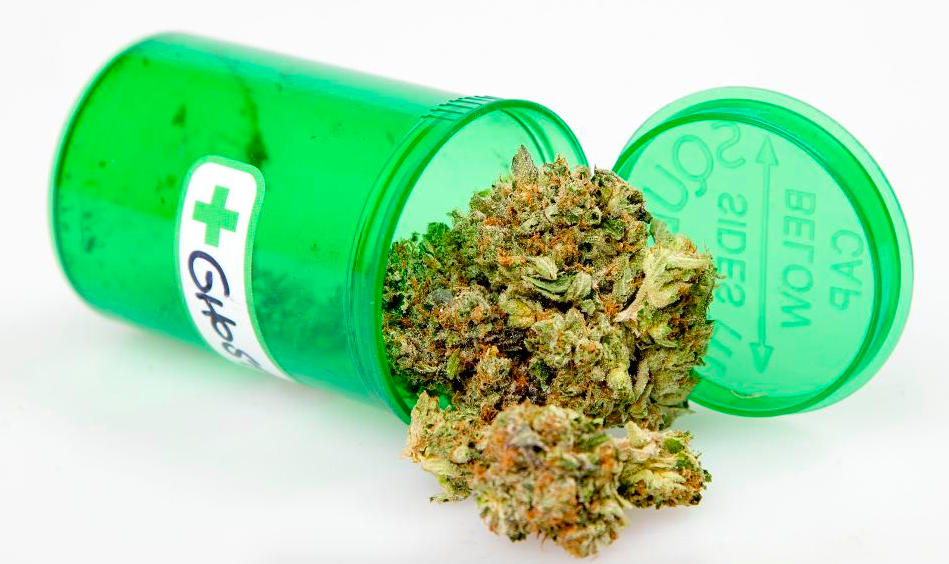 Conversations and debates about marijuana legalization – whether they take place in houses of legislature or around kitchen tables – often end up hinging on the difference between medicinal use and recreational use. Indeed, many legal states (like California) made prescription pot available well before making it legal for any adult who wants it. Why do we make this distinction?

In fact, people have been using cannabis medically as far back as 2737 BC! That’s when Chinese pharmacologist Shennong suggested using it as a remedy for rheumatism and constipation. Ancient Greeks used it as an anti-inflammatory and wound care for their horses. By the mid-1800s, it was used in the western world as a pain reliever. And until the 1940s, it was listed in the United States Pharmacopeia as an acceptable drug.

Today, cannabis is used to treat a whole host of illnesses, like:

So if cannabis has been a legitimate drug for… well, thousands of years, then what’s the problem? Why make any distinction at all?

The answer is complicated, but it mostly boils down to a long, tedious and nearly relentless effort by anti-drug activists to harness the drug’s association with jazz musicians in order to scare white lawmakers to outlaw the drug so they could use it to put black people in jail. It might sound like a conspiracy theory, but it’s true. Once marijuana was made illegal, people could no longer use it medicinally without running afoul of the law, and after it was enshrined in federal law as an illegal narcotic in the same category as heroin and cocaine, further governmental efforts to curb drug use made it even more taboo. By the 1990s, many Americans considered pot to be the provenance of dropouts and losers.

That means to get marijuana in the hands of those who wanted and/or needed it, pot advocates had to focus on the most sympathetic users first: Those who needed it for medicinal reasons. Medical marijuana was available legally in California as early as 1996, but it wasn’t easy to get. Many states have made medicinal use legal in the years since.

Medical marijuana still has an uphill struggle, most recently evidenced by CBS choosing not to air a powerfully moving commercial for it during the Super Bowl, but it has paved the way for some other victories on the legalization front, leading several states to simply decriminalize its use and stop devoting law enforcement resources to its prohibition.

Because of all this, it’s hard to determine any real numbers that describe how many cannabis users are medical users and how many are recreational users. First off, it’s still illegal in many states, which makes it more difficult to get users to admit they’ve used it. And in those states where medical marijuana is legal, that legality will still impact numbers, since medical use will seem to be more popular.

But one survey published by the Journal of the American Medical Association indicates that twice as many cannabis users pass the dutchie for medical rather than recreational needs. JAMA is arguably the best-equipped organization to track such numbers, but it’ll still be a long time before we can get truly universally accurate numbers.

What’s the difference between medical and recreational Cannabis?

It’s not huge. The medical market commands higher quality, since it’s been around longer. CBD levels are generally higher in medical pot, and some states set limits on the amount of THC – making for strains that won’t get you as high, but will absolutely address your symptoms.

But the line dividing medical use from recreational use is not as hard and fast as all that. In his book The Cannabis Manifesto, pot activist and advocate Steve DeAngelo argues that it’s pointless to try to separate the two, choosing instead to focus on overall wellness rather than simply addressing aches and pains or other symptoms. Cannabis, he says, has a whole range of positive effects on human wellness:

“These include its ability to extend patience and promote self-examination; to awaken a sense of wonder and playfulness, and openness to spiritual experience; to enhance the flavor of a meal, the sound of music, or the sensitivity of a lover’s touch; to open the mind and inspire creativity; to bring poetry and language and spontaneity to a performer; to catalyze laughter, facilitate friendship, and bridge human differences.”

When deciding to use cannabis, DeAngelo says, it’s important to ask yourself three questions:

“What effect am I seeking?” Do you want to relieve pain, increase happiness or both? Do you want to counteract the voice of anxiety in your head? Are you planning a meal and want the flavors to pop? Did you get some new Pearl Jam on vinyl and you want to let every note and beat penetrate your brain? Finding a specific reason to use cannabis will help you feel more confident in using it, and it’ll help choose the right strain to boot.

“How will it bring value to my life?” Once you’ve achieved the effect you’re seeking from cannabis, how will your life change for the better? How will you use the freedom that comes with relief from pain or anxiety? How will you use pot to boost your creativity or your energy? What will you do with the high spirits that go along with conquering insomina?

“Will my cannabis use negatively impact me or anyone else?” There have been lots of silly arguments against pot use throughout the decades – it’s a gateway drug, it rots your brain, it’s addictive – but don’t let their silliness distract you from your responsibility to consider how your cannabis use will affect those around you. The good news is that it’ll probably be fine! Cannabis is fairly easy to work into your lifestyle, and once you’re a regular user you’ll know your limitations better. But it is a mind-altering substance, and so it’s important to use it responsibly.