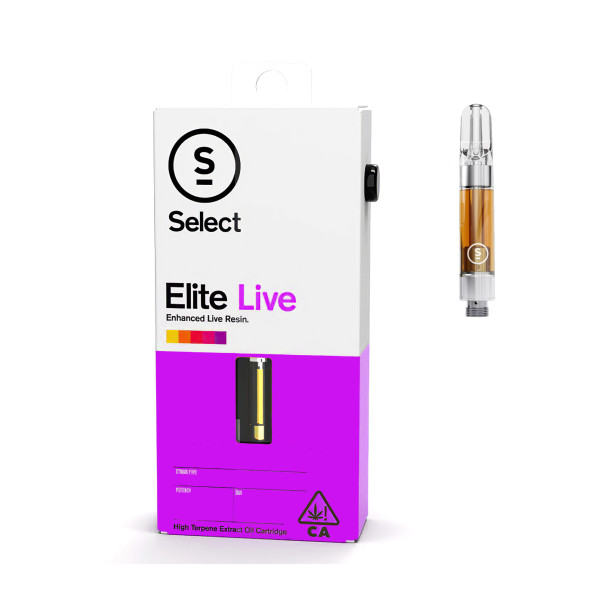 Gelato Live Resin vape cartridge by Select is an indica strain that is sure to put you in ease. This strain is the child of the Cookie family strain Thin Mint GSC and the fruity indica Sunset Sherbet. Gelato is known to hit users quickly, sometimes taking effect before they’ve had a chance to even exhale. This head rush is met by a palpable body buzz that discourages much activity but still leaves users mobile and not couch-locked. Some describe Gelato as having amplified psychedelic effects like time dilation and sound sensitivity. The floaty and comfortable but always lucid feeling conferred by this strain makes it great for daytime or early evening use. Medically, Gelato can treat chronic aches and pains with its powerful numbing effects, which can be used to medicate headaches and migraines. This strain’s carefree elevation of mood can also offer temporary relief from the troubling symptoms associated with anxiety, depression, and PTSD. Gelato is considered potent, even for more experienced cannabis users; newcomers should be mindful of their consumption accordingly. This strain is not likely to put users into a deeply paranoid mindset due to its lack of intense cerebral effects.

Compatible with all 510 threaded batteries and devices